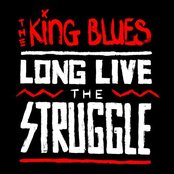 Modern Life Has Let Me Down
The King Blues
6 hours

Okay, now there is the obvious big argument – This Mac vs PC thing.. Now I have been a Windows user all my life ( Not because I favour windows, I have just only ever been able to afford PCs ) anyway, I have always been neutral in this and people are obviously still going with it.

Anyway, I watched a video the other day of them Interviewing someone at google who said that Nobody cares what operating system they use anymore, they just want to get on the internet.

This is so true it is unbelievable.. And I think  I stand with many other users to say that people don’t want all the crap that Microsoft, or Apple throw at you with their os. like I have IE, Windows Media Player, Media Center, Movie Maker and many other programs which I HAVE to have, and I dont use them. In fact, I dont think I have ever installed Windows Media Player properly yet.

Now, Googles OS, I have never really tried it – Sorry Google. I may do, give me a chance.. But they do have a point in the fact that their OS is just a browser, pretty much. And that Is where the market is looking at.

If your not a geek, and use your computer just for surfing the web ( which 90% of people do ) then a browser is all you need.. And The fact is Microsoft, Apple, Google, Ubuntu and Everyone else out there.. No one cares about your OS anymore. That is the fact.

Now, someone like me would argue this, and I would… you could argue, “If no one cares about the OS, why do you use Windows?”, I use Windows 7 – And I like it.. I would be quite prepared to switch to Mac or Linux if I wanted to.. But at the moment I am happy with Win7..

I would also like to put out to Google, who said this “If no one cares about the OS, then why do people pay for Windows or Mac?” honestly, if no-one cared we would all have linux…

This post probably is confusing.. But i am sort of making a point here.. I understand that nobody cares about the OS, and they probably dont.. But then if they dont I have some questions that need answering..