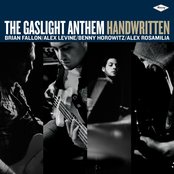 Ok, as the title says.. this weekend has gone too quick. It has been an eventful weekend too, Zimbaka now hosts its IRC servers for IRC.me.uk (yes it’s started again). This was due to a misunderstanding with Woomoo, and they are gonna merge into Sporks IRC and become Sporksmoo or something stupid like that. And JStoker was taking the piss out of my network’s name?

I discovered an awesome band this weekend too, The King Blues. I was introduced a while back by Rob but never got ‘round to downloading anything. I have now, and It was worth the hassle. I told my Dad and he tells me I’ve actually been to see them

I’m now busy working on a bot service for irc.me.uk (currently named Santa, but we are wanting a different name for it when it’s not christmas – send your suggestions to me – niall@davies.me).

Anyway, I still haven’t got a girlfriend to keep me company but a girl I know has promised me an early christmas present, so that should be nice.

Anyway, I’ll see you around.