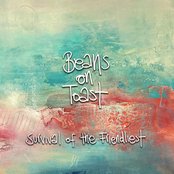 Some of you I know are asking why Illusion Radio closed, even though you never bothered with it… but still, here’s the story…

Okay, so Illusion Radio was formed in December 2009 by Daniel Austin MBCS, I was one of the first DJs there… The reason it was made I’d rather not discuss, but some of you will know. So over my shows, I enjoyed my time – I think I had a peak of 20 or so listeners, and so it never really “made it”.

Dan spent a lot of money to pay for the PRS and PPL licences and to advertise Illusion on Facebook, and put a lot of effort into running Illusion day to day, by setting up streams as part of the schedule (such as Dance hour, UKTop40). However, as much hard work as he put in – it seemed it wasn’t coming out of it and by December 2010 Dan was unsure whether or not to continue running Illusion – but he decided to anyhow.

We listed quite a few DJs who had expressed their interest, but they never did shows, and the ones that did gave up. It got to a point where only me, DJ Davey and DJ Mark were doing shows and only getting 3 or 4 listeners max.

To try and get Illusion a few more listeners, Dan made Illusion Radio IPv6 enabled – and I can’t say whether or not that worked. I don’t think It did.

Due to me not being able to keep to the shows schedule for a few reasons, I will admit I sort of neglected Illusion. And it was on the 5th July 2011 that Dan had enough and closed down Illusion Radio with the following message:

Due to insufficient listeners and slowing DJ demand, Illusion Radio has closed. We hope everyone had a great time while we were on air, and that you enjoyed our music and DJs.
We’re sorry we had to close, but sometimes you have to let a project die gracefully instead of a slow and depressing death.

This page will remain online until the end of our license period (31st December 2011).

Thanks for the support,

Me and everyone else at Illusion thank everyone who had a part in Illusion Radio, but it seems it wasn’t meant to be.