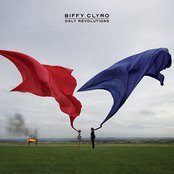 My name is Niall Davies, I’m a poet, a political activist (I like to get things done), a musician, a producer and former Radio DJ at Station 4 The Nation’s Radio and Illusion Radio. To read more about any particular projects I’m involved in, please use the menu on the left side of this page.

I am 18 years old, I live in Stoke On Trent and have done for all of my life and it seems that all of my life I’ve been making music. My first instrument was a Cheetah bass guitar, I learnt this when I was 12 at school and I was writing lyrics before that (yes, probably not very good ones). In my first band, I played the bass with a few friends from school filling the other instruments. In 2007, I recorded my first CD with a friend of mine, Rob Harper under the name “Forbidden”. I own the only copy of this, but if you want a laugh, and you know me well enough – I’m happy to share the recordings.

I then went on to learn guitar and got my first electric, a Gibson SG Copy when I was 14. I play this still today, as my only electric (yes, I should probably upgrade, but this guitar is my first one and it’s doing well) on a Marshall Vintage Reverb 12 amp. I also bought a Ukulele in 2010 and got a keyboard for Christmas 2011, which I love to play. I then after quickly learning the basics of the keyboard (chords, left hand, etc) went on to play it for a band called False Hope which sadly split up in 2012.

I played in a punk band called North Career in 2011, we went to Venombase Studios in Stoke a few times to practice, and this is when I first properly recorded anything – and it was our version of American Idiot by Green Day. I used the line in on my laptop to connect a 4 channel mixer where I connected my microphone(s). Since this, I have done a few recordings and upgraded my equipment, and it’s a slow process – as everything is so expensive.

This is what really inspired me to start sort of a solo project, as I knew that many of the bands I played in weren’t taken seriously – I wanted somewhere where I could write myself some lyrics and music and just get on with it, instead of having a band arguing against certain things. I kitted myself up with some equipment; a Behringer C1 Microphone, a Lexicon Alpha Audio Interface and a free version of Reaper software. I also bought a reflection screen that clips on to my microphone stand and a shock-mount for the microphone. I still use all of this equipment today, except I use Reason 6.5 as my DAW as since version 6, it now handles audio and MIDI recording – which is something I’ve looked for for a while. My MIDI keyboard is a Cakewalk/Roland.

In 2012, I applied for a place at NULC, where I’m currently at to study Music Technology as I worked out that Music is my life and I want to have experience with a decent studio, but with MIDI, synths, etc so that I have a better chance of getting into the music industry, as I don’t think I’d be well placed anywhere else. It’s a really good course for me, and I would advise anyone who has a genuine love for Music and Music Technology to go and do it.