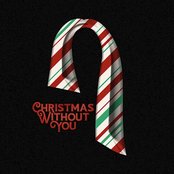 Christmas Without You
Ava Max
2 hours

I have my own studio, which I have a quite low budget for. I’m gonna talk here about what equipment I have.

I have to thank my Mum and Dad for letting me have the spare bedroom as a recording studio, and so I actually have 2 rooms now – one where I sleep and one where I record and play.

Audio Interface: Lexicon Alpha – Has DI and microphone input – but does not do phantom power, I have a separate Behringer device for that.

Microphones: My vocal mic is a Behringer C1 condenser microphone, it works well enough for me. It only has 1 diaphragm though, so it wouldn’t be the best choice for gang vocals. I have various other dynamic microphones that I use for other things – but no other condensers as of yet.

MIDI keyboard: Well, I have Roland Cakewalk A-500 PRO which I like to use a lot, I also have a Casio CTK-3000 Standalone Keyboard which has MIDI too, which I have used from time to time – like in “Mistakes” – the song done by me and Aidan as Not Applicable.

Speakers: 2x ProSound 200W Speakers, 2x SONY HiFi Speakers – I hope to get some KRKs or something soon for studio monitoring.

Headphones: Sony MDR-V150 or Sennheiser HD201. Both do the job great. I tend to use the Sennheisers more though.

Mixer: I don’t use a mixer really for recording, however I do have a Citronic DJ mixer (CDM10:4) which does a nice job for certain things.

DAW: Reason 6.5 – it does everything I want it to do. However, I do have knowledge of Reaper, Logic, Protools and Cubase as well.

You can find out what is going on in my studio, as I do various things including recording friends, recording me, producing electronic music etc. on Soundcloud here.

I aren’t publicly open as a studio to book, but if you know me well enough then I might be able to record you, just get in touch with me.