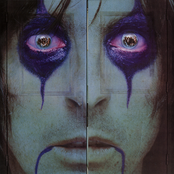 As you may know JMwebTV is back – but now better and i am going to explain why sometime in this blog post but first here is my video telling people about it:

I also did a video (previous to that) about the history of my show which is here:

Okay… so obviously JMwebTV has come back again – and it only happened because of Amy, a friend of mine who used to watch my show and also partly because of Sophie too. They both missed JMwebTV apparently and because of that i decided to start it up again!

At first, JMwebTV was just a couple of kids messing around on YouTube – making stupid videos, fake fight videos, some information videos and some cartoons made in Paint and Windows Movie Maker. I dont think we were serious about it at first but then we got 5 subscribers in less than a month so we started taking it seriously. We got a website with weebly and a domain from .co.nr and that was it – We were then live streaming on Ustream (which didnt get as many viewers) and also we had our own IRC Chat Room (#jamesmarshalls on irc.wyldryde.org) which wasn’t that popular but it did okay.

It was a joint partnership of Niall Davies and Otis Wyatt at first (two mates) and together they could produce some great content. Niall wanted to get the Live Stream fully up and running with Otis as it was just Niall alot of the time, And Niall wanted to get the viewers up – to be able to answer viewers questions and take video requests… That was the original idea of the Live Stream and the Chat Room.

Apparently, Niall was getting to serious about JMwebTV but he was trying to move it forward. Otis could not see a serious point about it – like it was “Just a pair of kids messing around on YouTube” but it grew more serious as time went by and when they got more viewers. Otis could not deal with it being serious as it was his idea to do a mess about show!

On the 13th February 2009 – Otis pulled out of the James Marshalls show making it the end of it. It was sad for the people that watched it and sad for the people who helped to run it as Niall couldn’t cope with it on his own – plus he had other projects at the time too. So JMwebTV closed its doors that day and it was thought that it would never happen again.

Otis’ actual words to all JMwebTV viewers and also the JMwebTV team was “I quit jamesmarshallsshow. i have deleted my cartoons and only my cartoons, you can now change the password or do whatever you want but i quit” which you can see on the old YouTube channel.

So anyway – Niall moved on to doing his own videos and his own live broadcast but it wasn’t as good! He couldnt get the range in videos there that he wanted to so it degraded. Niall moved to a better platform called “BlogTV” as Ustream was “Rubbish” to say it best – for him anyway. It was Amy who reccomended Niall to use BlogTV and it was a great decision! He there met some great friends that he speaks to today like Mike, Racheal, Lucy and Jake. These have become great friends to Niall and Lucy and Mike are now part of JMwebTV.

After one of Niall’s broadcasts Amy said that she missed JMwebTV and so did Sophie (as i talked about earlier) so Niall got a team of friends together to form JMwebTV again. It has changed alot since it began. When it started it was “Just a couple of kids messing about” now it is an Internet Television Network where videos are made for the community. Of course there is the “Featured” videos but it is better as a group of people than it ever was as just Niall and Otis.

And by the way – for JMwebTV may i thank:

ALSO: Otis Will never be a part of JMwebTV again – EVER. PERIOD!!!

As you may already know, me and Otis have a project, the project is to have our own show over the internet. But as of now we have a web tv channel.

As Otis also runs OWGreenDay Animations, we have sort of partnered them now as you may have already noticed!

JMwebTV soon will run a playlist of different videos on a Tuesday and Wednesday from 4-8 and then on a Thursday a live show between 4 and 9. At the moment, this is not the case. But will be soon!